The Human Rights Reporters Ghana (HRRG) has welcomed the news about the rescue of a 7-year-old girl who was brutally assaulted, tortured, and abused by her father, with great joy after its report on the barbaric and inhumane treatment meted out to the young girl yielded a positive result, pushes the authorities to respond leading to her rescue from the grips of her tyrannizing family.

7-year-old Mary Asana's (not her real name) photograph and video footage broke the internet on Friday, July 19, 2022, and got many hearts torn after a publication by the Human Rights Reporters Ghana went viral.

In the image which triggered shock and horror, Mary can be seen in ropes firmly tied up on both hands and feet lying helplessly on the floor in a sorrowful state.

The caption accompanying the photograph: “Tied like a lamb to the slaughter", aroused huge public outcry with the publication receiving the widest publicity on several social media platforms the moment the news surfaced.

Mary was accused of shoplifting a ‘common biscuit’ from a neighbor’s shop, the act which infuriated her father to the extent that he almost ended up crucifying her in a bid to instill discipline in her.

According to the victim’s father, Mary just can’t stop stealing petty items like food and money as persons with the condition of kleptomania are often accused of.

Mary is currently free from oppression.

This was made possible through the intervention of the Kumasi Metropolitan Assembly’s Department of Social Welfare and Community Development with the support of the Ministry of Gender Children and Social Protection (MOGCSP) which led to her rescue.

Mr. Godfred Abogo, the Unit Head for the Department of Social Welfare at the Kumasi Metropolitan Assembly who led the rescue operation team shared two (2) photographs of the child with the Executive Director of Human Rights Reporters Ghana, Mr. Joseph Wemakor, indicating that she is now freed and in safe hands within the Department’s custody.

According to Mr. Abogo, the initial findings of his outfit pointed to the child exhibiting a pilfering condition akin to kleptomania which prompted her parents to unacceptably restrict her movement resulting in her being assaulted and further bound her up with ropes.

His disclosure corroborates the findings of the Human Rights Reporters Ghana highlighted in its preliminary report on the saga.

He added that investigations into the matter are still currently ongoing to unravel more on the disturbing issue while arrangements are being made to pave way for the reunification of the child with her biological mother.

Meanwhile, he also indicated that the child’s father and stepmother are currently cooperating with his outfit to amicably resolve the issue.

“The parents of the victim did not resist an attempt to free the child, in fact, they were remorseful and voluntarily agreed to the rescue”.

“They have signed a bond of good behavior and to produce the biological mother of the child within the shortest possible time.”

Mr. Abogo also averred that his outfit is solely responsible for footing all the bills of costs incurred for the upkeep of the child while in custody.

This, according to him, is being funded through the Integrated Social Services Delivery System (ISS) of the KMA Department of Social Welfare.

When asked about the roles of the police service in assisting the Social Welfare Department during the rescue operation, he said that “The police were reluctant and besides they didn’t have a DOVVSU office at Ampabame, hence we did it alone”.

The Human Rights Reporters Ghana after breaking the troubling news on that fateful ‘black Friday’, July 19, 2022, did not just sit back and rest on its laurels but quickly proceeded to reach out to the Gender Ministry for help through its HELPLINE OF HOPE call Centre and then gotten a response after which it was redirected to the Kumasi Metropolitan Assembly Social Welfare Department in the Ashanti Region. The outcome of which witnessed the swift intervention and subsequently led to the rescue of the child.

The HRRG congratulates the KMA Department of Social Welfare in the Ashanti Region for taking this giant step to rescue the 7-year-old girl and also urges it to endeavor to fast-track the investigations appropriately and ensure the perpetrator of this heinous crime is severely punished as well as help facilitate the reunification of the child with her biological mother as early as possible to safeguard her welfare and growth. 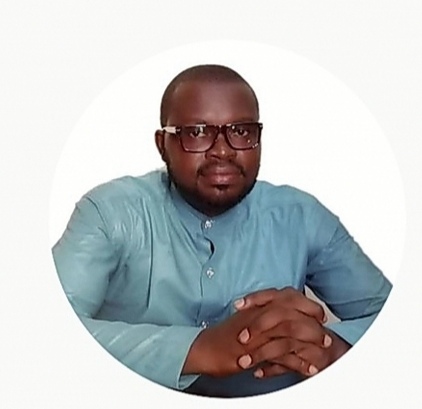